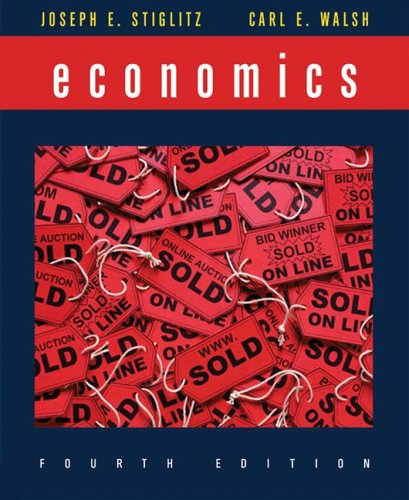 For the Fourth Edition of this innovative text, 2001 Nobel Laureate Joseph E. Stiglitz again joins forces with one of the world's top monetary economists, Carl E. Walsh, who brings both macroeconomic expertise and teaching savvy to the project. Together, Stiglitz and Walsh thoroughly integrate contemporary economics into the traditional curriculum. Highlights of the new edition are the continued unsurpassed coverage of the economics of information and imperfect markets, and the emphasis on the critical role of capital markets in the macro economy.

Stiglitz and Walsh embrace the information revolution as an opportunity to revitalize the presentation of economics by linking fundamental concepts and basic models to examples in the "new economy."

Joseph E. Stiglitz is a Nobel Prize-winning economist and the best-selling author of The Price of Inequality, Freefall, and Globalization and Its Discontents. He is a columnist for the New York Times and Project Syndicate and has written for Vanity Fair, Politico, The Atlantic, and Harper's. He teaches at Columbia University and lives in New York City.