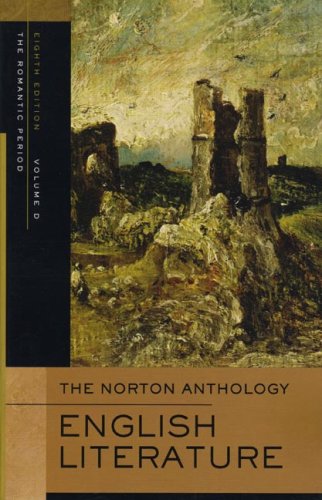 Firmly grounded by the hallmark strengths of all Norton Anthologies―thorough and helpful introductory matter, judicious annotation, complete texts wherever possible―The Norton Anthology of English Literature has been revitalized in this Eighth Edition through the collaboration between six new editors and six seasoned ones. Under the direction of Stephen Greenblatt, General Editor, the editors have reconsidered all aspects of the anthology to make it an even better teaching tool.

Deidre Shauna Lynch is Chancellor Jackman Professor and Associate Professor of English at the University of Toronto. She is the author of The Economy of Character, which was awarded the MLA’s Prize for a First Book, and editor of Janeites: Austen’s Disciples and Devotees and, with William B. Warner, Cultural Institutions of the Novel. She is also an editor of The Norton Anthology of English Literature. She is the recipient of fellowships from the National Humanities Center and the John Simon Guggenheim Memorial Foundation, of the State University of New York Chancellor’s Award for Excellence in Teaching, and of the Northeast Association of Graduate Schools’ Graduate Faculty Teaching Award.

Jack Stillinger (Ph.D. Harvard) is Center for Advanced Study Professor of English Emeritus at the University of Illinois. He is the author of The Hoodwinking of Madeline and Other Essays on Keats’s Poems, The Texts of Keats’s Poems, the standard edition of The Poems of John Keats; Multiple Authorship and the Myth of Solitary Genius; Coleridge and Textual Instability; and Reading "The Eve of St. Agnes." He is the recipient of Guggenheim and Woodrow Wilson fellowships and is a fellow of the American Academy of Arts and Sciences.