Items related to A Jew today 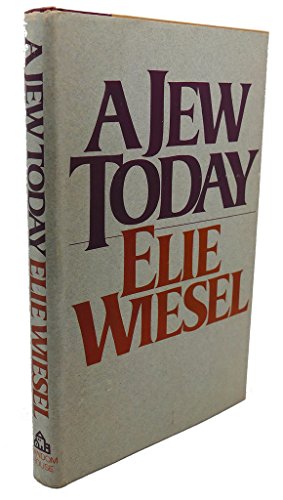 In this powerful and wide-ranging collection of essays, letters and diary entries, weaving together all the periods of the author's life -- from his childhood in Transylvania to Auschwitz and Buchenwald, Paris, New York -- Elie Wiesel, acclaimed as one of the most gifted and sensitive writers of our time, probes, from the particular point of view of his Jewishness, such central moral and political issues as Zionism and the Middle East conflict, Solzhenitsyn and Soviet anti-Semitism, the obligations of American Jews toward Israel, the Holocaust and its cheapening in the media.

Elie Wiesel was the author of more than 50 books, both fiction and nonfiction. He was a recipient of the United States Congressional Gold Medal, the Presidential Medal of Freedom, the French Legion of Honor’s Grand Croix, an honorary knighthood of the British Empire and, in 1986, the Nobel Peace Prize. He was the Andrew W. Mellon Professor in the Humanities at Boston University from 1976 until his death in 2016. Wiesel was the author of Night, A Mad Desire to dance, and The Sondberg Case.