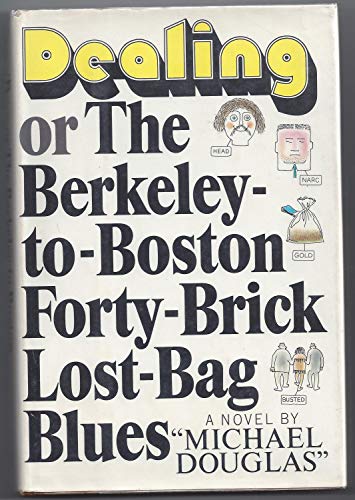 To rescue his girlfriend, a weed dealer scraps for a score.

The suitcase looks like a standard weekend bag. But like the man who carries it, it isn’t what it seems. Lined with tinfoil to mask the smell, it is a smuggler’s bag and will soon be filled to the brim with marijuana bricks.

The smuggler is a Harvard student who has come to California to make his fortune. He hopes to score not just with his connection but with his new girlfriend, a Golden State beauty with an appetite for fine weed. When the deal goes south, she takes the fall, and a crooked FBI agent swipes half the stash. To free his girl, this pothead will have to make the deal of a lifetime.

Michael Crichton was a writer and filmmaker, best known as the author of Jurassic Park and the creator of ER. One of the most popular entertainers in the world, Crichton sold more than 200 million copies of his books, which have been translated into 40 languages and adapted into 15 films. Long before the carefully researched techno-thrillers that ultimately brought him to fame, Crichton wrote high-octane suspense novels to support himself while studying at Harvard Medical School. In partnership with his brother Douglas Crichton, he wrote Dealing under the pseudonym Michael Douglas in 1970.