Items related to The Moviegoer 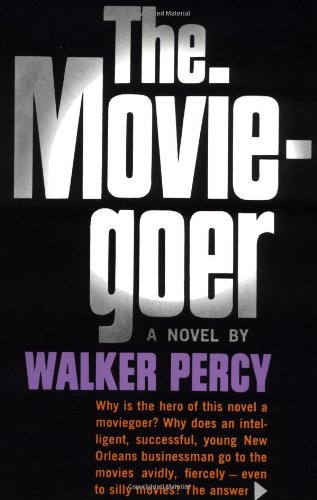 This elegantly written account of a young man's search for signs of purpose in the universe is one of the great existential texts of the postwar era and is really funny besides. Binx Bolling, inveterate cinemaphile, contemplative rake and man of the periphery, tries hedonism and tries doing the right thing, but ultimately finds redemption (or at least the prospect of it) by taking a leap of faith and quite literally embracing what only seems irrational.

Winner of the 1961 National Book Award
The dazzling novel that established Walker Percy as one of the major voices in Southern
literature is now available for the first time in Vintage paperback.
"The Moviegoer is Binx Bolling, a young New Orleans stockbroker who surveys the world with
the detached gaze of a Bourbon Street dandy even as he yearns for a spiritual redemption he
cannot bring himself to believe in. On the eve of his thirtieth birthday, he occupies
himself dallying with his secretaries and going to movies, which provide him with the
"treasurable moments" absent from his real life. But one fateful Mardi Gras, Binx embarks
on a hare-brained quest that outrages his family, endangers his fragile cousin Kate, and
sends him reeling through the chaos of New Orleans' French Quarter. Wry and wrenching, rich
in irony and romance, The Moviegoer is a genuine American classic.