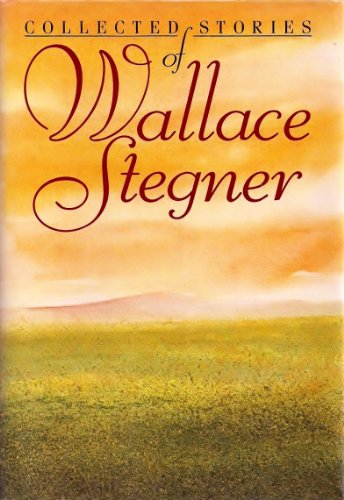 Presents a selection of stories that includes "He Who Spits at the Sky," "The Women of the Wall," "Pop Goes the Alley Cat," "The View from the Balcony," and "The Wolfer"

These 31 classic stories record much of the cultural climate of 20th-century America, its West in particular, constituting, as the NBA and Pulitzer Prize-winning author affectionately notes, not an autobiography, but "a sort of personal record." As combined here, the tales are a window onto a vivid American past that is as focused as a Norman Rockwell painting, although far more astringent and hardly as wholesome. Settings range from Stegner's native Canada to Utah, California and Vermont--all memorable places in the author's life. The stories are not arranged chronologically: Stegner's dark, voyeuristic peek into the lives of women awaiting letters from men serving in WW II gives way to an account of a bloodthirsty boyhood on the hot, flat frontier of a Saskatchewan farm. Best of all is the slicing wit of "Field Guide to the Western Birds," in which a curmudgeon acidly comments on the petulant antics of a would-be virtuoso. Several of the stories have been reshaped and interpolated into such novels as Wolf Willow and The Big Rock Candy Mountain.
Copyright 1990 Reed Business Information, Inc.

Stegner is best known for his epic novels of the American West--books such as the Pulitzer Prize-winning Angle of Repose (1971)--but in his younger years he was a prolific short story writer. Like the novels, Stegner's stories are traditional in style and typically look back with nostalgic longing to a nobler period of America's past. However, since most of these works were written in the Thirties, Forties, and Fifties, the "present" Stegner condemns is itself impossibly old-fashioned, and his anti-modern bias seems a bit ridiculous. Some of the stories in this collection are simply museum pieces, but several retain their vitality, notably "The Sweetness of the Twisted Apples," "The City of the Living," and "The Volunteer." Recommended for larger fiction collections.
- Edward B. St. John, Loyola Law Sch., Los Angeles
Copyright 1990 Reed Business Information, Inc.

6. The Collected Stories of Wallace Stegner