Items related to Berenstain Bears In The Dark

Berenstain Bears In The Dark 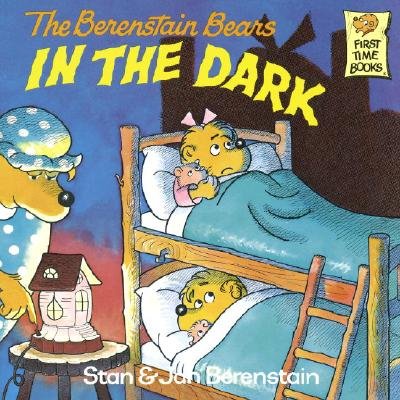 Brother Bear reads a scary bedtime story to Sister Bear and then makes scary noises, and Papa Bear has to come to the rescue with useful information about darkness

After a scary bedtime story, Sister Bear is too frightened of the dark to shut her eyes. "Sound psychological advice and a night light help Sister conquer her fears. Children will empathize with Sister Bear in this well-written story."--"School Library Journal.

Stan and Jan Berenstain were already successful cartoonists for magazines and adult humor books when they began writing children's books. The first story starring the bear family, The Big Honey Hunt, appeared in 1962. Since then, more than 360 Berenstain Bears books have been published, and more than 300 million copies have been sold. What began as an idea sparked by their young sons' love of reading has become one of the best-selling children's book series ever.

1. Berenstain Bears In The Dark

2. BERENSTAIN BEARS IN THE DARK