Items related to The Imperial Presidency 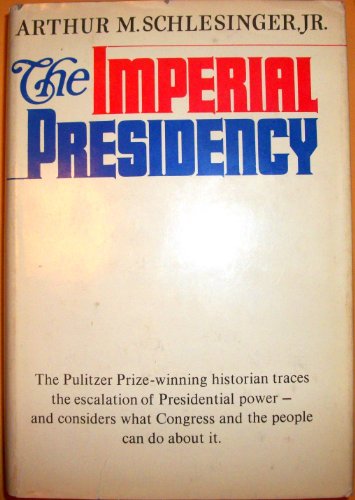 ARTHUR M. SCHLESINGER, JR., the author of sixteen books, was a renowned historian and social critic. He twice won the Pulitzer Prize, in 1946 for The Age of Jackson and in 1966 for A Thousand Days. He was also the winner of the National Book Award for both A Thousand Days and Robert Kennedy and His Times (1979). In 1998 he was awarded the prestigious National Humanities Medal.