Items related to Children of Dune 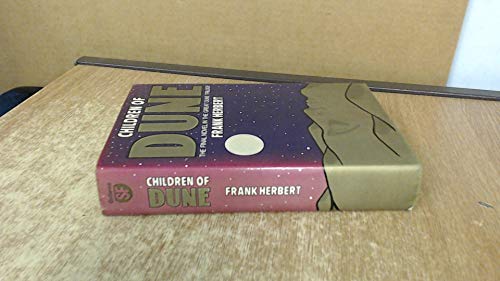 With millions of copies sold worldwide, Frank Herbert’s Dune novels stand among the major achievements of the human imagination and one of the most significant sagas in the history of literary science fiction.

The Children of Dune are twin siblings Leto and Ghanima Atreides, whose father, the Emperor Paul Muad’Dib, disappeared in the deserts of Arrakis. Like their father, they possess supernormal abilities—making them valuable to their aunt Alia, who rules the Empire. If Alia can obtain the secrets of the twins’ prophetic visions, her rule will be absolute. But the twins have their own plans for their destiny.