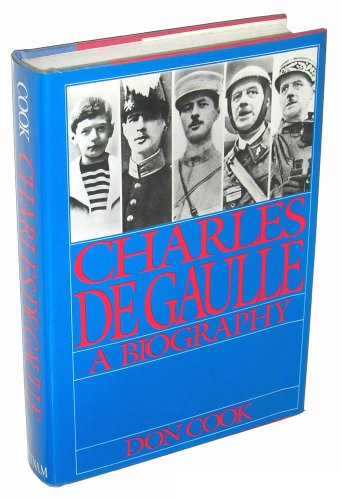 This first major biography of de Gaulle written from an American perspective offers fresh evaluations of Europes most controversial and enigmatic general, politician, and statesman.

Don Cook (1920-1995) was a celebrated European correspondent for the Los Angeles Times and the New York Herald Tribune for over forty years. He was the author of six books, including Charles de Gaulle, which was called "an outstanding biography" by the New York Times.

Frederick Davidson (1932-2005), also known as David Case, was one of the most prolific readers in the audiobook industry, recording more than eight hundred audiobooks in his lifetime, including over two hundred for Blackstone Audio. Born in London, he trained at the Royal Academy of Dramatic Art and performed for many years in radio plays for the British Broadcasting Company before coming to America in 1976. He received AudioFile's Golden Voice Award and numerous Earphones Awards and was nominated for a Grammy for his readings.