Items related to Debt of Honor 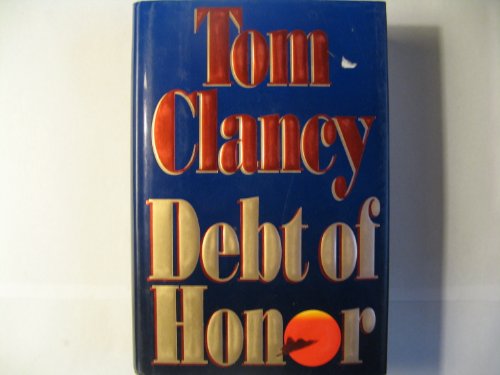 Clancy plunges hero Jack Ryan into nonstop high adventure, as two seemingly unrelated occurrences being a chain of events that will stun the world.

Razio Yamata is one of Japan's most influential industrialists, and part of a relatively small group of authority who wield tremendous authority in the Pacific Rim's economic powerhouse. He has devised a plan to cripple the American greatness, humble the U.S. military, and elevate Japan to a position of dominance on the world stage. Yamata's motivation lies in his desire to pay off a Debt of Honor to his parents and to the country he feels is responsible for their deaths: America. All he needs is a catalyst to set his plan in motion. When the faulty gas tank on one Tennessee family's car leads to their fiery death, an opportunistic U.S. congressman uses the occasion to rush a new trade law through the system. The law is designed to squeeze Japan economically. Instead, it provides Yamata with the leverage he needs to put his plan into action. As Yamata's plan begins to unfold, it becomes clear to the world that someone is launching a fully integrated operation against the United States. There's only one man to find out who the culprit is: Jack Ryan, the new president's National Security Advisor.

Clancy plunges hero Jack Ryan into nonstop high adventure, as two seemingly unrelated occurrences being a chain of events that will stun the world. 4 cassettes.