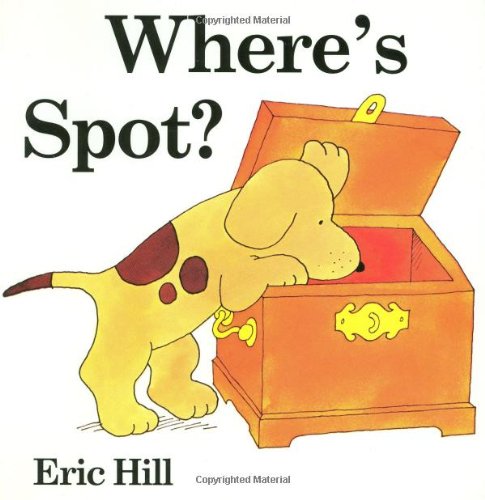 Help Spot learn to tell time in this new, interactive format. Complete with movable clock hands, follow Spot through the different times of a typical puppy's day. Whether it's breakfast time at eight o'clock, nap time at two o'clock, or play time at three o'clock, children can help Spot determine what time it is as they learn to tell the time by themselves. Both fun and instructive, this tell-the-time format is very timely indeed!

Eric Hill (1927-2014) was born in North London and lived there for many years. He started his artistic career as an art studio messenger and from there went on to become a cartoonist and eventually an art director at a leading advertising agency. In 1978 Eric made up a story about a small puppy to read to his son at bedtime and Spot was born. The success of his first bestselling lift-the-flap classic Where's Spot? in 1980 convinced him to become a full-time author, and his Spot books have been enjoyed by children around the world ever since. In 2008 he was awarded an OBE for services to children's literacy.

Original Spot stories by Eric Hill. Eric Hill was born in London in 1927. He left school at 15 to work in a shipping office in the city. At 16 he joined an art studio as a messenger where he was encouraged to draw cartoons in his spare time. In 1976 Eric's son Christopher was born and when he was 2 years old Eric made up a story about a small puppy to read to him at bedtime. In 1980 'Where's Spot?' was published and the rest is history.