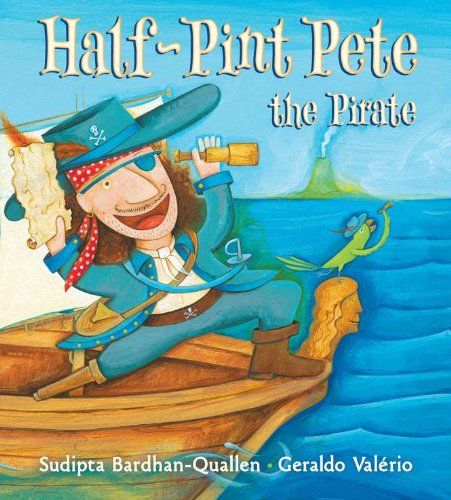 Warm up your pirate voice for this energetic treasure hunt

Half-Pint Pete the Pirate sailed half the seven seas, but with only half of a treasure map, he's never found what he's looking for. Until the day he meets Belle - a pirate with half a map of her own. At first, Pete is eager to steal Belle's share, but half a team isn't enough to find the treasure, and Pete soon realizes that working together is much more fun!

Sudipta Bardhan-Quallen (sudipta.com) is the author of several picture books, as well as a number of nonfiction books for young readers. She lives in New Jersey with her children and an imaginary pony named Penny.