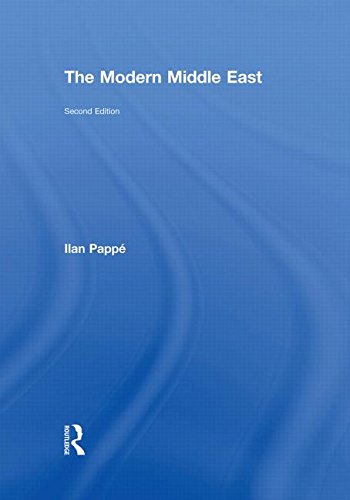 This hugely successful, ground-breaking book is the first introductory textbook on the Modern Middle East to foreground the urban, rural, cultural and women’s histories of the region over its political and economic history.

Ilan Pappé begins his narrative at the end of the First World War with the Ottoman heritage, and concludes at the present day with the political discourse of Islam. Providing full geographical coverage of the region, The Modern Middle East:

This second edition has been brought right up to date with recent events, and includes a new chapter on the media revolution and the effect of media globalization on the Middle East, and a revised and expanded discussion on modern Iranian history.

'An important survey of the vital and much-neglected cultural and social history of the region.' – John Chalcraft, Department of Islamic and Middle Eastern Studies, University of Edinburgh, UK

'In his expansive survey of Middle Eastern history over the last century, Ilan Pappe questions modernization as the best framework for understanding the history and seeks to provide an alternative that devotes much-needed attention to the ways in which non-elite groups were affected by, and participated in, the dramatic political, social, economic and cultural transformations of the period.' – Zachary Lockman, Department of Middle Eastern and Islamic Studies, New York University, USA

'Pappe directly challenges the negative stereotype of the Middle East as an undemocratic and pre-modern zone. He does this in an engaging manner, weaving his accessible narrative through chapters on political and economic history, rural history, popular music, the print and visual media, histories of Middle Eastern women, Islam and the region in the globalised 21st Century.' – The Times Higher Educational Supplement