Items related to Africa's Contemporary Challenges: The Legacy of... 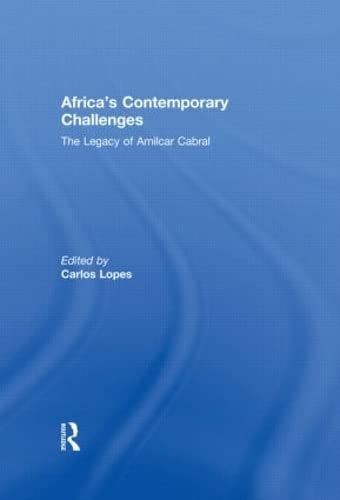 This book reviews Cabral’s intellectual contribution to current debates on race, identity, nation building, democracy, leadership and ethics. The key leader of the national liberation movements of former Portuguese African colonies is considered to be one of their foremost intellectuals the continent has produced. This rare combination of freedom fighter, operational campaigner and astute political scientist justifies the academic interest in his contribution.

Africa's Contemporary Challenges reviews the impact of Amilcar Cabral’s thinking, and its relationship with contemporary debates about race, identity, nation building, democracy, leadership or ethics. The complexity of Cabral’s vision and hopes for Africa continues to incite curiosity and interest. Cabral's tragic assassination in 1973 has removed the possibility of analysing his impact on post-independent Lusophone Africa, but his thoughts continue to be the most important reference.

This book was published as a special issue of African Identities.

Carlos Lopes is a prominent African scholar and has published over 20 books in the field of development, history and political science. He is currently the Executive Director of the UN Institute for Training and Research (UNITAR), Switzerland.