Items related to How the Irish Became White 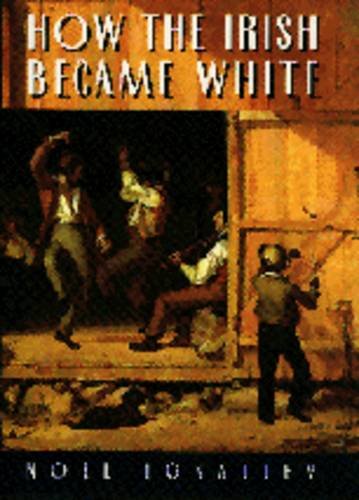 Ignatiev traces the tattered history of Irish and African-American relations, revealing how the Irish used labor unions, the Catholic Church and the Democratic party to succeed in American. He uncovers the roots of conflict between Irish-Americans and African-Americans and draws a powerful connection between the embracing of white supremacy and Irish "success" in 19th century American society.

Noel Ignatiev is currently a Lecturer at Harvard University.

In the first half of the 19th century, some three million Irish emigrated to America, trading a ruling elite of Anglo-Irish Anglicans for one of WASPs. The Irish immigrants were (self-evidently) not Anglo-Saxon; most were not Protestant; and, as far as many of the nativists were concerned, they weren't white, either. Just how, in the years surrounding the Civil War, the Irish evolved from an oppressed, unwelcome social class to become part of a white racial class is the focus of Harvard lecturer Ignatiev's well-researched, intriguing although haphazardly structured book. By mid-century, Irish voting solidarity gave them political power, a power augmented by the brute force of groups descended from the Molly Maguires. With help, the Irish pushed blacks out of the lower-class jobs and neighborhoods they had originally shared. And though many Irish had been oppressed by the Penal Laws, they opposed abolition?even when Daniel O'Connell, "the Liberator," threatened that Irish-Americans who countenanced slavery would be recognized "as Irishmen no longer." The book's structure lacks cohesion: chapters zigzag chronologically and geographically, and Ignatiev's writing is thick with redundancies and overlong digressions. But for the careful reader, he offers much to think about and an important perspective on the American history of race and class.
Copyright 1995 Reed Business Information, Inc.