Items related to Story of the Eye

Bataille, Georges Story of the Eye

Story of the Eye 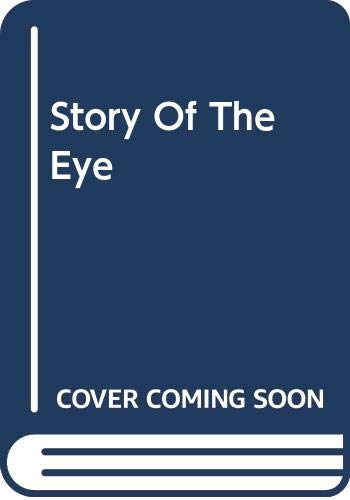 Only Georges Bataille could write, of an eyeball removed from a corpse, that "the caress of the eye over the skin is so utterly, so extraordinarily gentle, and the sensation is so bizarre that it has something of a rooster's horrible crowing." Bataille has been called a "metaphysician of evil," specializing in blasphemy, profanation, and horror. Story of the Eye, written in 1928, is his best-known work; it is unashamedly surrealistic, both disgusting and fascinating, and packed with seemingly endless violations. It's something of an underground classic, rediscovered by each new generation. Most recently, the Icelandic pop singer Björk Guđdmundsdóttir cites Story of the Eye as a major inspiration: she made a music video that alludes to Bataille's erotic uses of eggs, and she plans to read an excerpt for an album. Warning: Story of the Eye is graphically sexual, and is only for adults who are not easily offended.

Georges Bataille (1897-1962), French essayist and novelist, was born in Billom, France. He converted to Catholicism, then later to Marxism, and was interested in psychoanalysis and mysticism, forming a secret society dedicated to glorifying human sacrifice. Leading a simple life as the curator of a municipal library, Bataille was involved on the fringes of Surrealism, founding the Surrealist magazine Documents in 1929, and editing the literary review Critique from 1946 until his death. Among his other works are the novels Blue of Noon (1957) and My Mother (1966), and the essays Eroticism (1957) and Literature and Evil (1957).