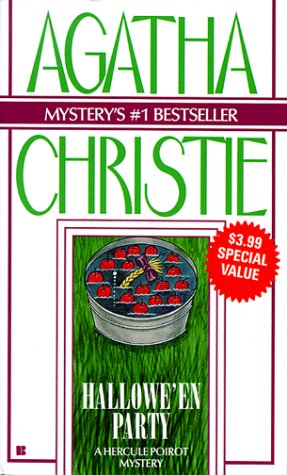 The guests include ghouls, ghosts, gremlins . . . and one murderer. A little girl says she witnessed the grisly act, but no one listens--until she's found drowned. Now Hercule Poirot is looking to unmask the real devil of the night.

At a Hallowe’en party, Joyce—a hostile thirteen-year-old—boasts that she once witnessed a murder. When no one believes her, she storms off home. But within hours her body is found, still in the house, drowned in an apple-bobbing tub.

That night, Hercule Poirot is called in to find the “evil presence.” But first he must establish whether he is looking for a murderer or a double murderer....