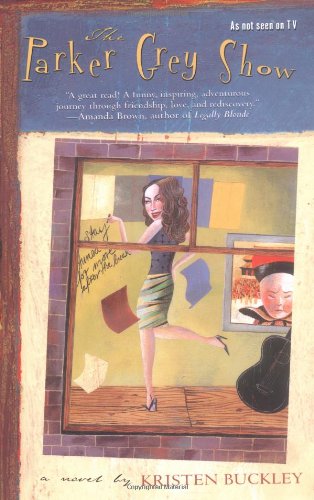 When her roommate, Lil, mysteriously vanishes, waitress and TV junkie Parker Grey, inspired by the star of the television series La Femme Nikita, takes to the streets of Manhattan to search for Lil, changing her own life forever in the process. Original.

In this zany debut novel by the Hollywood screenwriter who wrote the script for How to Lose a Guy in Ten Days, fey, totally clueless free spirit Parker Grey is a burned-out, disenchanted young classical guitar virtuoso lately rather ignominiously employed as a waitress in a New York City saloon long renowned as the watering hole of assorted legendary glitterati. Destitute and on the rebound from an abusive four-year-long relationship with a loser addicted to prescription drugs, Parker is taken in by her best friend, Lil, who lives in a 4,000-square-foot loft in Tribeca owned by Lil's father. Romantically adrift, Parker watches tapes of a hospital soap opera and fantasizes romance with the star, a hunk named M. Lil is the mistress of a well-known billionaire whom she refers to anonymously as Mr. Smith. Mistaken for Smith's daughter, Lil is kidnapped and held for ransom. Smith-afraid his wife will divorce him and take his money if she discovers he has a mistress-asks Parker to act as go-between with the kidnappers. The ensuing comedy of errors becomes even more complicated when Parker's boss discovers her musical talents and dreamboat M starts hanging around the bar where she works. Then, out of the blue, the producer of the movie M is making decides to use Lil's loft for a scene in the film on the afternoon Parker has to deliver the ransom money. Snappy, savvy and fast-moving, this is addictive beach reading for the Sex in the City set.
Copyright 2003 Reed Business Information, Inc.