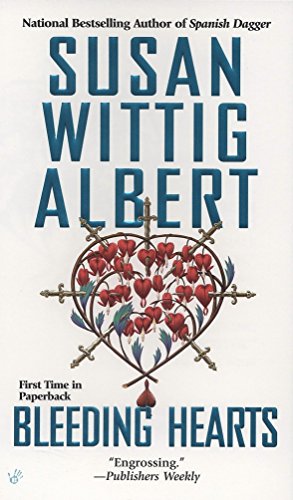 When local football coach and hero Tim Duffy is accused of improper behavior, lawyer-turned-herbalist China Bayles investigates, following a trail of obsession and murder that may lead to her own doorstep.

Susan Wittig Albert grew up on a farm in Illinois and earned her Ph.D. at the University of California at Berkeley. A former professor of English and a university administrator and vice president, she is the author of the China Bayles Mysteries, the Darling Dahlias Mysteries, and the Cottage Tales of Beatrix Potter. Some of her recent titles include Widow’s Tears, Cat’s Claw, The Darling Dahlias and the Confederate Rose, and The Tale of Castle Cottage. She and her husband, Bill, coauthor a series of Victorian-Edwardian mysteries under the name Robin Paige, which includes such titles as Death at Glamis Castle and Death at Whitechapel.

In Albert's engrossing 15th mystery to star China Bayles, herbalist, erstwhile lawyer and occasional gumshoe (after 2005's Dead Man's Bones), everyone in China's charming hometown of Pecan Springs, Tex., is stunned when the high school football coach, Tim Duffy, is murdered. The good coach, it turns out, had a nasty habit of getting sexually involved with teenage girls, and that criminal predilection led to his death. One of Duffy's victims had died recently, too, supposedly a suicide. Her case is reopened after the coach's predatory ways are discovered. Meanwhile, China stumbles onto a packet of letters written by her father years before, letters that reveal more about his past than she really wants to know. Albert's characterization is strong—China delights as ever, as does her wacky friend, Ruby Wilcox. Descriptions of delectable dishes (recipes included, of course) and tips about herbs add to the fun, but beware the prefatory author's note, which gives too much away. (Apr.)
Copyright © Reed Business Information, a division of Reed Elsevier Inc. All rights reserved.