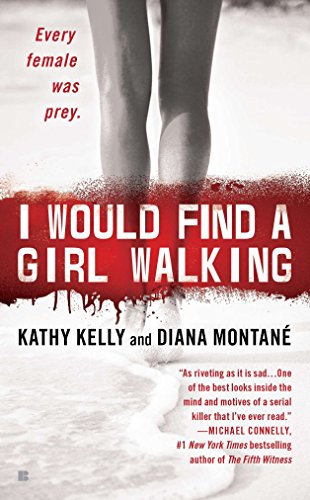 What made me kill and kill again?
I can't answer that except like this...

Culled from interviews with the lead investigator and the victims' families, and exclusive access to the killer, this is a revealing, shocking, and unflinching portrait of Gerald Eugene Stano, a man who fancied himself one of the greatest lady-killers of them all.

Diana Montane is a reporter, editor, and published author. She was Arts & Entertainment writer, as well as art theatre and film critic for The Miami News.She has co-written six true crime books, including I Would Find a Girl Walking. She holds a B.A., M.A., and M.F.A. in Theatre and Communications, from the University of Miami, Coral Gables, Florida.

1. I Would Find a Girl Walking: Every Female Was Prey

4. I Would Find a Girl Walking

7. I Would Find a Girl Walking (Mass Market Paperback)

Book Description Mass Market Paperback. Condition: New. Mass Market Paperback. What made me kill and kill again?I can't answer that except like this.Culled from interviews with the lead investigator and the victims' families, and exclusive acc.Shipping may be from multiple locations in the US or from the UK, depending on stock availability. 293 pages. 0.240. Seller Inventory # 9780425231869

9. I Would Find a Girl Walking