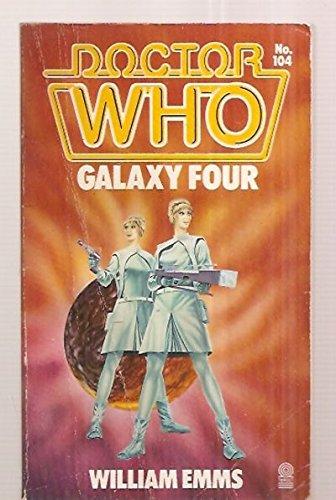 Learning that the planet will explode within two days, Doctor Who must decide which of two warring alien species to rescue, the beautiful Drahvins or the repugnant Rills

William Emms (1930-1993) was a British writer, whose credits include scripts for Callan, Ace of Wands, Crown Court, Play of the Month, The Revenue Men, The Expert, Champion House, Redcap, R3, Public Eye, Z-Cars, Homicide and Crossroads. He wrote one Doctor Who serial, Galaxy Four.