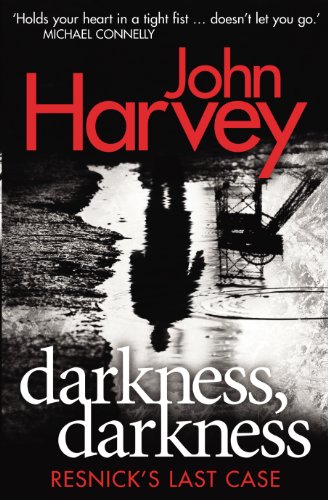 The final DI Charlie Resnick novel, from the Cartier Diamond Dagger winner and Sunday Times bestselling author of Cold in Hand.
Thirty years ago, the Miners' Strike threatened to tear the country apart, turning neighbour against neighbour, husband against wife, father against son -- enmities which smoulder still. Resnick, recently made up to inspector, and ambivalent at best about some of the police tactics, had run an information gathering unit at the heart of the dispute.

Now, in virtual retirement, and still grieving over the violent death of his former partner, the discovery of the body of a young woman who disappeared during the Strike brings Resnick back to the front line to assist in the investigation into the woman's murder -- forcing him to confront his past in what will assuredly be his last case.

Best known as a writer of crime fiction, his work translated into more than twenty languages, JOHN HARVEY is also a dramatist, poet, publisher and occasional broadcaster. The first of his twelve Charlie Resnick novels, Lonely Hearts, was named by The Times as one of the '100 Best Crime Novels of the Century'. The recipient of honorary doctorates from the Universities of Nottingham and Hertfordshire, in 2007 he was awarded the Crime Writers' Association Cartier Diamond Dagger for Lifetime Achievement.

"A clever choice of subject, allowing Resnick to reflect on old conflicts, and an elegiac farewell to Harvey's much-loved detective." Sunday Times "Charlie Resnick's last case not only recreates the sense of betrayal and despair that prevailed during the Miners' Strike, but also vividly tracks the underlying currents of corruption and fear in a society still suffering from the blind greed and callous betrayals of that divisive era. A dark, yet elegant and utterly compelling novel, Darkness, Darkness is a masterpiece, a fit farewell to a character so many of us have loved for quarter of a century." -- John Burnside "His finest in years ... This is a troubling tale that succeeds not only as a murder mystery but as a memorial to an epic struggle that pitted neighbour against neighbour." Mail on Sunday "Darkness, Darkness is the twelfth and final novel in the superb series featuring the Nottingham copper Charlie Resnick, and what a terrific farewell it is. Published on the 30th anniversary of the miners' strike, it is both a masterful mystery and a moving homage to the events witnessed by the author. His exit is a brilliant farewell." The Times "Darkness, Darkness is so good that it makes me grateful not to have Charlie Resnick for competition any more, but as a reader I'll mourn his loss. If only every series of crime novels could end with such grace and style." -- John Connolly "There is no end to Charlie Resnick. He lives in the imaginations of all those lucky readers who have picked up a book and traveled with him like an old friend. Darkness, Darkness is yet another superb telling of the character by John Harvey. As distinctly as I remember reading the first Resnick I will always remember this one. Rich in wistful telling, the story holds your heart steady in a tight fist. It doesn't let you go. It doesn't let you let go of the man either." -- Michael Connelly "Harvey's gritty, downbeat tales of Nottingham copper Charlie Resnick are some of the best recent English crime novels. Sadly this is the last one and the weary, jazz-loving 'tec bows out in style." Sun "In this masterful unearthing of the grudges and resentments left behind by the Miners' Strike of three decades ago, John Harvey has found the perfect case for Resnick to get his teeth into. All the ingredients are here: social history, the problem of male violence, the shadow of death, and, of course, the search for a decent cup of coffee. Anyone new to Resnick's world should probably start here; John Harvey has saved the best for last." -- Jon McGregor "Not since D.H. awrence has a writer so captured the Nottinghamshire vernacular and place. In this atmospheric novel the crime is real: seedy and un-glamorised and the detective, Charlie Resnick, delving into a cold case, is older, wiser and like all good detectives, doing things his own sweet way. King of Crime John Harvey here demonstrates with trademark rationed lyricism how he earned his crown: he offers up a pitch-perfect ending for Resnick and the series that's masterful, poignant and true." -- Jill Dawson "The last bow for Harvey's intuitive Nottingham-based Detective Inspector Charlie Resnick, with his offbeat ways and difficulties with relationships, moves you to tears with its indelible poignancy." Daily Mail

Shipping: US$ 28.70
From United Kingdom to U.S.A.
Destination, rates & speeds