Items related to A disaffection 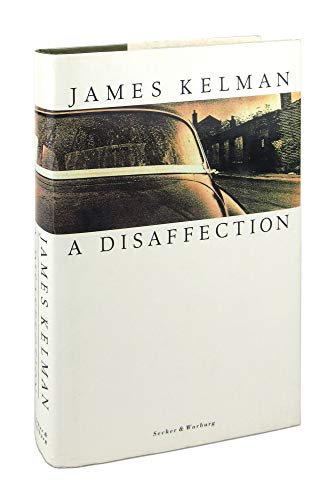 Patrick Doyle is a 29 year old teacher in an ordinary school. Disaffected, frustrated and increasingly bitter at the system he is employed to maintain, Patrick begins his rebellion, fuelled by drink and his passionate, unrequited love for a fellow teacher. Originally published in 1989 by Secker and Warburg.

James Kelman was born in Glasgow in 1946. His books include Not not while the giro, The Busconductor Hines, A Chancer, Greyhound for breakfast, which won the 1987 Cheltenham Prize, and A Disaffection, which won the James Tait Black Memorial Prize and was shortlisted for the Booker Prize. His most recent novel, How late it was, how late won the 1994 Booker Prize. James Kelman lives in Glasgow with his wife and two daughters.

Patrick Doyle, a 29-year-old Glasgow schoolteacher, feels hopelessly trapped in a life of compromise and hypocrisy. A closet revolutionary who believes that all teachers are Establishment lackeys, Doyle despises his colleagues but has no other social contacts. His life is an endless round of lunch-hour pints in working-class pubs, cheap take-out dinners, and lonely weekends in his dreary flat, where his only amusement is playing imaginary music on cardboard "pipes" that he salvaged from the trash. Like a Samuel Beckett character, Doyle swings from suicidal despair to grin-and-bear-it resignation with pendulum-like regularity. Only Kelman's linguistic virtuosity--especially his use of Scots dialect, which can make the most depressing statements sound hilariously funny--keeps the book from collapsing under its own weight. Expect a limited but enthusiastic audience for this one.
- Edward B. St. John, Loyola Law Sch. Lib., Los Angeles
Copyright 1989 Reed Business Information, Inc.