Items related to The Well 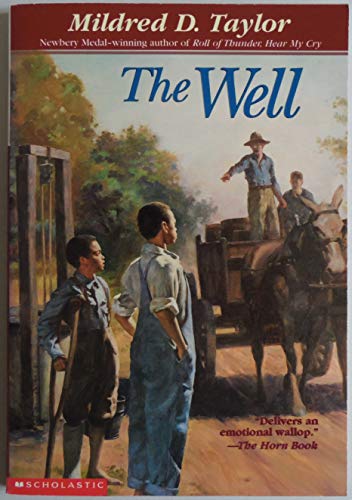 One hot summer in the early 1900s, all the wells in David Logan's part of Mississippi have gone dry - except their family's. But David doesn't want to share the water with one white racist white boy, Charlie, and the tensions between the two of them build and build until they eventually explode.

Mildred D. Taylor is the author of nine novels including The Road to Memphis, Let the Circle Be Unbroken, The Land, and Roll of Thunder, Hear My Cry. Her books have won numerous awards, among them a Newbery Medal (for Roll of Thunder, Hear My Cry), four Coretta Scott King Awards, and a Boston Globe Horn Book Award. Her book The Land was awarded the L.A. Times Book Prize and the PEN Award for Children’s Literature. In 2003, Ms. Taylor was named the First Laureate of the NSK Neustadt Prize for Children’s Literature.

Mildred Taylor was born in Jackson, Mississippi, and grew up in Toledo, Ohio. After graduating from the University of Toledo, she served in the Peace Corps in Ethiopia for two years and then spent the next year traveling throughout the United States, working and recruiting for the Peace Corps. At the University of Colorado’s School of Journalism, she helped created a Black Studies program and taught in the program for two years. Ms. Taylor has worked as a proofreader-editor and as program coordinator for an international house and a community free school. She now devotes her time to her family, writing, and what she terms the family ranch” in the foothills of the Rocky Mountains.

Gr. 5-7. "Charlie Simms was always mean, and that's the truth of it." From the first line, this short, intense novel of racist violence is told with the immediacy of a family narrative. David Logan (the father in Taylor's 1977 Newbery Award winner, Roll of Thunder, Hear My Cry) tells a story of his boyhood in rural Mississippi at a time when "uppity niggers" can be hanged for thinking themselves equal to whites and the horror of slavery still haunts his mother's memory. The Logans are among the few black families to own land, and during a prolonged drought, they have a well of sweet water, which they share with their neighbors, black and white. Most people are grateful, but the white Simms family hates being beholden to blacks. The tense confrontation erupts in beatings and terror. The cast is large for so short a novel--it's hard sometimes to keep track of all the people in the community--but the Logan family is beautifully individualized. David is able to heed his father's warning, "Use your head, not your fists," but David's hotheaded older brother can't bear the constant humiliation. The well of the title is also a metaphor for the history of the place: both the bigotry that lies beneath the surface and the sweet strength of family ties. Hazel Rochman