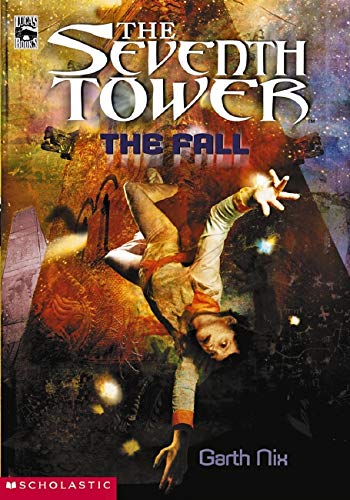 Tal has lived his whole life in darkness. He has never left his home, a mysterious castle of seven towers. He does not see the threat that will tear apart his family and his world. But Tal cannot stay safe forever. When danger strikes, he must desperately climb the Red Tower to steal a Sunstone. He reaches the top...and then he falls into a strange and unknown world of warriors, iceships, and hidden magic. There Tal makes an enemy who will save his life--and who holds the key to his future.

Tal, a Chosen of the Orange Order, is having the worst luck lately. Just when he is getting ready for the Day of Ascension--a day when all the 13-year-old Chosen from the Castle of Seven Towers enter the spirit world of Aenir--his father disappears with the family's only primary Sunstone, which Tal needs for the ascension. Without it, he cannot enter Aenir and bind himself to a Shadowspirit--a kind of guardian being that serves as a friend and protector to the person it is bound to. And without a Shadowspirit, Tal will lose both his Chosen status and any hope of finding a cure for his mother's mysterious wasting illness, a cure that can only come from Aenir. Tal tries to beg, borrow, and even steal a Sunstone. But his attempts fail, and in his final act of thievery, Tal is thrown off the Castle of Seven Towers by a powerful Shadowspirit Keeper and into an adventure beyond his imagining.

Australian fantasy author Garth Nix (well known for his novels Sabriel and Shade's Children, both ALA list picks) has joined with Lucasfilm to launch a six-book fantasy series about Tal's world, of which The Fall is the first installment. Packed with excitement and wonderfully weird creatures like the living sea of Selski and the hungry, one-horned Merwin, Nix's latest tale will enchant readers. Containing elements of The Golden Compass and the Harry Potter books, The Seventh Tower is an epic fantasy not to be missed. (Ages 11 to 14) --Jennifer Hubert

Garth Nix is the New York Times best-selling author of the Seventh Tower series, as well as the acclaimed novels SABRIEL, LIRAEL, and ABHORSEN. He lives in Sydney, Australia, with his wife and children.