Items related to Nothing But The Truth

Avi Nothing But The Truth 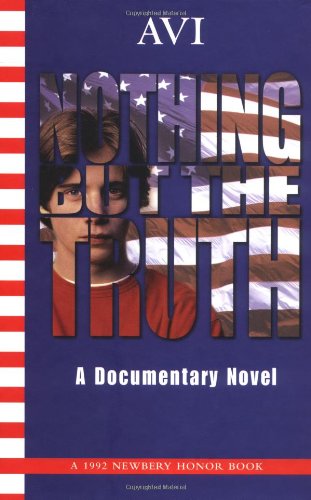 Orchard Classics is a collectible hardcover line of award-winning titles from the Orchard backlist with fresh, beautiful new designs and new author prefaces and discussion guides.

Ninth grader Philip Malloy is forbidden to join the track team because of his failing grades in English class. Convinced that the teacher just doesn't like him, Philip concocts a plan to get transferred into a different homeroom. Instead of standing silently during the national anthem, he hums along. And ends up on trial.

Avi, who goes by the name his twin sister gave him when they were about one year old, is the author of more than 30 books and winner of more than 90 awards, including the Newbery Medal and two Newbery Honors. His work spans many genres - historical fiction, coming-of-age, comedy, mystery, and fantasy. A former librarian and father of three grown sons, Avi was raised in Brooklyn and now lives in Denver, Colorado. For more information about Avi, visit: avi-writer.com and scholastic.com/tradebooks

NOTHING BUT THE TRUTH