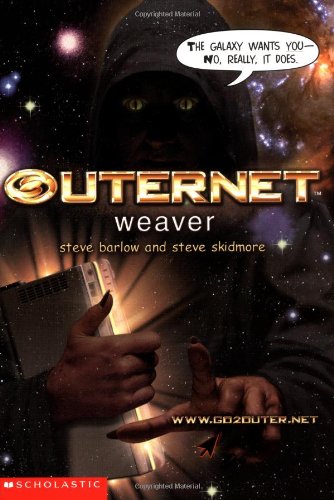 A hilarious and thrilling conclusion to the intergalactic adventure that has middle-grade readers everywhere checking their computers, not for E-mail, but for alien technology!

Their entire journey has led up to this moment. The final showdown, the last stand, the moment of truth. Janus is sending Jack and his friends on one last mission - they must deliver the Server to the evil Tyrant and confront him. Everything will be revealed: the identity of the Weaver, the Tyrant's master plan, and even the FOE traitor who will bring the Tyrant's reign to an end... or so we hope. Jack, Merle, and Loaf's final OUTERNET adventure will shock you. The fate of Googie and Bitz will baffle you. And who ends up with the Server? You won't know until the very last pages....

Steve Barlow and Steve Skidmore are widely known as a very successful double act and have written a number of books for children. Their trademark silliness and anarchic behaviour has made both them and their titles favourites with the 8-12 readership.