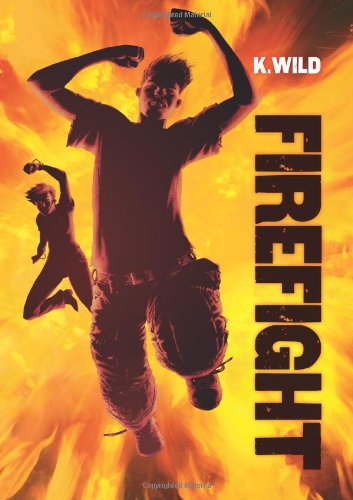 Recruited into a black ops unit after bringing down an illegal fight club, Freedom Smith is now an agent for Phoenix, investigating criminal underworlds. His next assignment: Solve the mystery of the Screamer--a viral video that's already made 13 kids vanish. Freedom faces the music, soon finding himself imprisoned in a nightmare fortress. To escape, he'll have to master Dragon Fire, the ultimate fighting technique, and battle a supernatural enemy immune to his strength. Freedom may be on the ropes, but he'd better rally--his girl Java is about to be sacrificed to a serpent goddess!

Grade 6–9—Three months after rescuing youngsters from an illegal fight club in Fight Game (Scholastic, 2009), Freedom Smith, now recruited into the elite crime-fighting organization Phoenix, is confronted with another abduction case involving several kids, including his romantic interest, Java. Born with phenomenal strength, the 15-year-old struggles between committing to the Phoenix team and acting solo. He's also wracked with guilt because he unknowingly endangered Java by forwarding to her a "Screamer" email containing subliminal messages. The rescue takes Freedom from England to Malta where he undergoes underwater ventures, hand-to-hand combat with Goth kids on rollerblades, and a face-off with the demon kidnapper. To complete the mission, he must defeat warriors trained in the ultimate fighting technique, Dragon Fire. The book reads like a fast-paced action-adventure cartoon; characters and subplots remain suitably undeveloped, and the good guys prevail. While the majority of fight scenes are well described and engaging, the dialogue in more tender moments is sometimes overwrought. Fans of James Patterson's "Maximum Ride" (Little, Brown) and Joe Craig's "Jimmy Coates" (HarperCollins) series will enjoy Freedom's exciting second mission.—Amy J. Chow, The Brearley School, New York City
Copyright © Reed Business Information, a division of Reed Elsevier Inc. All rights reserved.

Freedom Smith, the kid with superhuman strength last seen in Fight Game (2007), returns to battle a shadowy gang on behalf of a secret British law-enforcement unit. At first, Freedom thinks that he is dealing with demons who abduct young people through the Internet. It turns out, though, that the abductors are human, and after they kidnap his friend, Freedom pursues the nefarious gang all the way to Malta. Wild effectively blends scenes of sinister foreboding with some violent action sequences in the complicated plot. Adventure fans will enjoy the latest installment in the series. Grades 7-10. --Todd Morning