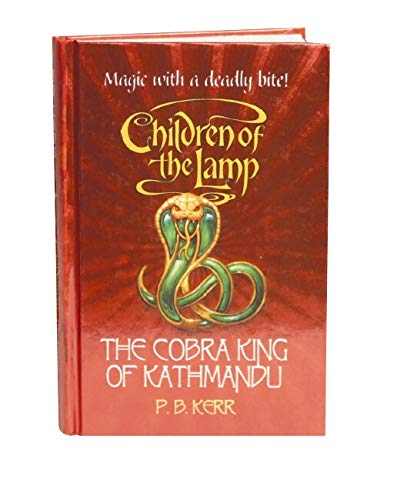 P. B. Kerr was born in Edinburgh, Scotland, where he developed a lifelong love of reading. Although the Children of the Lamp books are P. B. Kerr's first for children, he's well known as the thriller writer Philip Kerr, author of the Berlin Noir series, including, most recently, A QUIET FLAME; IF THE DEAD RISE NOT; A PHILOSOPHICAL INVESTIGATION; GRIDIRON; THE SHOT; and many other acclaimed novels. Mr. Kerr lives in London with his family.

The third installment of this series finds the twins, Philippa and John Gaunt, off to India to keep a dangerous talisman out of the hands of an evil guru who has somehow managed to kill the best friend of another young djinn, Dybukk. Looking for assistance from their Uncle Nimrod and his old friend, Mr. Rakshasas, the twins discover that the tables have turned and they must rescue the older men. In doing so, the twins exercise their new powers and survive several perilous encounters. Ron Keith supplies an energetic narration, but his forte is British accents, leaving the Americans and Indians rather unconvincing. S.G. © AudioFile 2009, Portland, Maine

Shipping: US$ 27.40
From United Kingdom to U.S.A.
Destination, rates & speeds