Items related to The Judas Pair 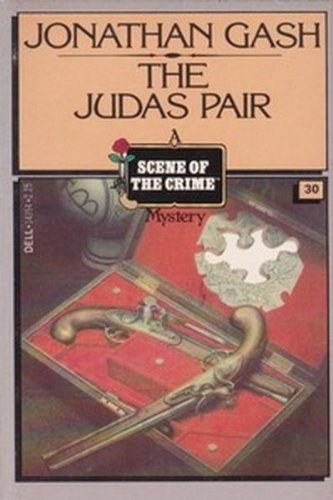 Lovejoy knows that the legendary Judas Pair of flintlock pistols are just that--a legend. Or are they? By the time he finds out the truth, two people are dead, and Lovejoy has to pull a nifty scam to avoid the same fate. First in the Lovejoy series.

Jonathan Gash is the pen name ofJohn Grant, who also wrote under the name of Graham Gaunt. Born in 1933 in Bolton, Lancashire, Grant trained as a doctor and worked as both a GP and a pathologist. He also served in the Royal Army Medical Corps, where he rose to the rank of Major, and was head of bacteriology at the University of London's School of Hygiene and Tropical Medicine. His first Lovejoy novel, The Judas Pair, won the Crime Writers' Association prestigious John Creasey award in 1977. Grant lives in Colchester, Essex.