Items related to Murder on the Links

Logue, John Murder on the Links

Murder on the Links 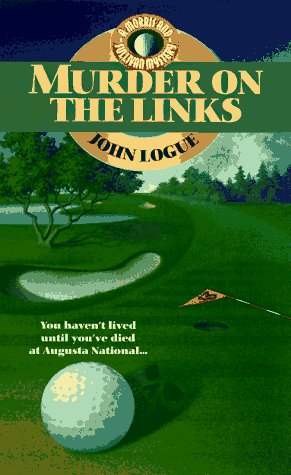 At the Augusta National Golf Course, home of the U.S. Open, the grass is green and the world's most famous golfers are gathered.  It looks as if it's going to be another splendid tournament.  That is until Melvin Newton's body is found in Eisenhower Pond, the apparent victim of a suicide.  But what looks like suicide to most, looks like murder to Morris, a retired sportswriter, and his lady friend Sullivan.
Melvin Newton, a wealthy businessman and elite member of the club, is the type of man to be killed, not the type to kill himself, Morris reflects.  He was a man with many enemies and few friends.  But the list of suspects is enormous enough for Morris to include himself.  Who didn't wish this man dead?
Play at the tournament progresses normally as does Morris's search for a killer.  Then, Gerald Acton turns up dead in a Port-O-Let, stabbed through the heart.  Acton is another man with many enemies and Morris and Sullivan begin to whittle away at the possible suspects.  Together, they creep around the course looking for clues and searching their memories when the trail seems to lead to an old enemy who may just turn out to be an old friend.
Set against the background of the famous tournament, Logue crafts a wonderfully inventive mystery, full of rich characters, good golf and enough plot twists to astonish.

1. Murder on the Links Logue, John