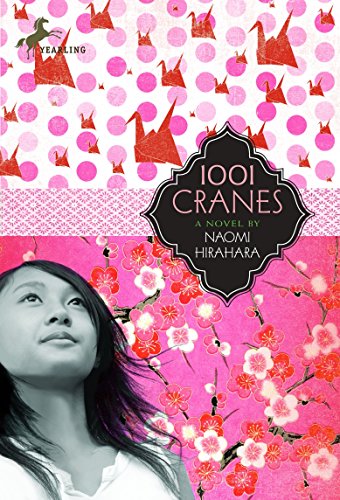 When twelve-year-old Angela Kato arrives in L.A., the last thing she wants to do is spend the entire summer with her grandparents. But in the Kato family, one is never permitted to complain. Grandma Michi and Aunt Janet put Angela to work in their flower shop, folding origami and creating 1001-crane displays for newlyweds. At first, Angela learns the trade begrudgingly. But when her folding skills improve and her relationships with family and friends grow, Angela is able to cope with her troubles, especially her parents’ impending divorce.

“A wonderfully engaging and poignant novel about a revered Japanese American custom that transforms the life of a lost young girl.”—Cynthia Kadohata, Newbery Award–winning author of Kira-Kira

Naomi Hirahara is the Edgar Award–winning author of the Mas Arai adult mystery series and several nonfiction books on Japanese history. She lives in Pasadena, California, with her husband. This is her first novel for young readers. You can visit her at www.naomihirahara.com.

Monku with a Side of Smog

3. The Music of Being

Book Description Paperback. Condition: New. Paperback. "A contemplative story."?BooklistWhen twelve-year-old Angela Kato arrives in L.A., the last thing she wants to do is spend the entire summer with her grandparen.Shipping may be from multiple locations in the US or from the UK, depending on stock availability. 230 pages. 0.163. Seller Inventory # 9780440422341