Items related to Journey to an 800 Number

Konigsburg, E.L. Journey to an 800 Number

Journey to an 800 Number 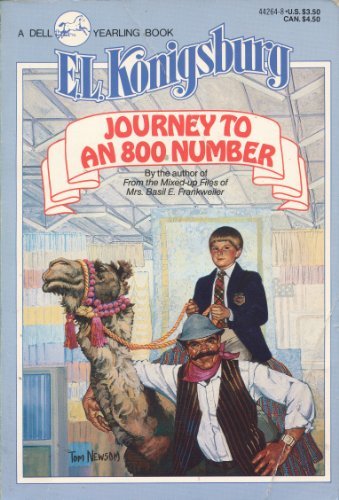 Max is furious! His mother has just remarried and is off on a first-class honeymoon, while he's shipped off to visit his father, Woody, a camel-keeper. What a rotten deal!
Max likes the good life, and can't understand why Woody enjoys traveling around the country, living in a trailer and selling camel rides. It's not until Max meets a wild assortment of people on the road -- like taco-stand owners, mother and daughter con artists, and a famous Las Vegas singer--that he starts to realize he doesn't know it all.
After one short summer, Max's journey is just beginning!

"The story has [Konigsburg's] usual combination of originality of conception, felicity of style, and suffusion of wit." -- Bulletin of the Center for Children's Books, starred review