Items related to Young Fu of the Upper Yangtze

Young Fu of the Upper Yangtze 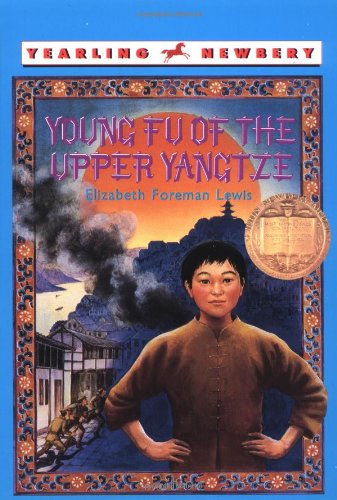 Introduction by Pearl S. Buck. This "accurate, vivid and well-written story" (The New York Times ) is about Young Fu, a country boy, who is apprenticed to a master coppersmith when he and his mother move to the city of Chungking during the exciting and often dangerous 1920s.
A Newbery Medal Book.

Young Fu is bound for seven years to be an apprentice to Tang the coppersmith, and his new life in the Chinese city Chungking is both exciting and terrifying. Young Fu endures the taunts of his coworkers, and must live by his wits on the streets, where restless soldiers will shoot a man if he does not carry a load for them, and beggars steal from those who pass them by.

Yet for Young Fu, the pleasures of the bustling Chungking of the 1920s far outweigh its dangers. Little by little he learns the ways of the big city and plunges into adventure after adventure. Young Fu's eagerness to help others and his acts of courage earn him many friends, and finally, more good fortune than he ever thought possible.

Elizabeth Foreman Lewis (d. 1958) went to China in 1917 where she studied the Chinese language and history, and held teaching posts in Shanghai, Chungking, and Nanking.   was her first book.
William Low is the author and illustrator of Chinatown and Old Penn Station, as well as a four-time Silver Medal winner at the Society of Illustrators.

1. Young Fu of the Upper Yangtze

2. Young Fu of the Upper Yangtze