Items related to Toward a Psychology of Being (An Insight Book)

Maslow, Abraham Harold Toward a Psychology of Being (An Insight Book)

Toward a Psychology of Being (An Insight Book) 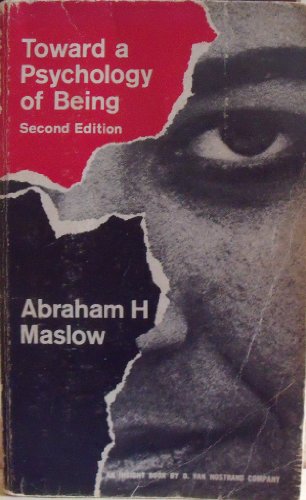 This book is a continuation of my Motivation and Personality, published in 1954. It was constructed in about the same way, that is, by doing one piece at a time of the larger theoretical structure. It is a predecessor to work yet to be done toward the construction of a comprehensive, systematic and empirically based general psychology and philosophy which includes both the depths and the heights of human nature. The last chapter is to some extent a program for this future work, and serves as a bridge to it. It is a first attempt to integrate the "health-and-growth psychology" with psychopathology and psychoanalytic dynamics, the dynamic with the holistic, Becoming with Being, good with evil, positive with negative. Phrased in another way, it is an effort to build on the general psychoanalytic base and on the scientific-positivistic base of experimental psychology, the Eupsychian, B-psychological and metamotivational superstructure which these two systems lack, going beyond their limits. It is very difficult, I have found, to communicate to others my simultaneous respect for and impatience with these two comprehensive psychologies. So many people insist on being either pro-Freudian or anti-Freudian, pro-scientific-psychology or anti-scientific-psychology, etc. In my opinion all such loyalty-positions are silly. Our job is to integrate these various truths into the whole truth, which should be our only loyalty.

"If we wish to help humans to become more fully human, we must realize not only that they try to realize themselves, but that they are also reluctant or afraid or unable to do so. Only by fully appreciating this dialectic between sickness and health can we help to tip the balance in favor of health." --Abraham Maslow

Abraham Maslow's theories of self-actualization and the hierarchy of human needs are the cornerstone of modern humanistic psychology, and no book so well epitomizes those ideas as his classic Toward a Psychology of Being.

A profound book, an exciting book, its influence continues to spread, more than a quarter century after its author's death, beyond psychology and throughout the humanities, social theory, and business management theory.

Of course, the book's enduring popularity stems from the important questions it raises and the answers it provides concerning what is fundamental to human nature and psychological well-being, and what is needed to promote, maintain, and restore mental and emotional well-being. But its success also has to do with Maslow's unique ability to convey difficult philosophical concepts with passion, precision, and astonishing clarity, and, through the power of his words, to ignite in readers a sense of creative joy and wholeness toward which we, as beings capable of self-actualization, strive.

This Third Edition makes Abraham Maslow's ideas accessible to a new generation of psychology students, as well as businesspeople, managers, and trainers interested in applying the study of human behavior to management techniques.

An energetic and articulate scholar, Professor Maslow was the author of more than twenty books, including Eupsychian Management; Psychology of Science; Religions, Values, and Peak Experiences; Motivation and Personality; and Principles of Abnormal Psychology (with B. Mittelmann). He also edited New Knowledge in Human Values and wrote nearly one hundred articles. His teachings continue to be a staple for psychologists and psychology students.

"Capacities clamor to be used, and cease their clamor only when they are well used. . . . Not only is it fun to use our capacities, but it is necessary for growth. The unused skill or capacity or organ can become a disease center or else atrophy or disappear, thus diminishing the person." --Abraham Maslow

Toward a Psychology of Being, Third Edition

Abraham Maslow doesn't pretend to have easy answers, absolutes, or solutions that bring the relief of finality--but he does have a deep belief in people. In this Third Edition of Toward a Psychology of Being (the original edition sold well over 100,000 copies), there is a constant optimistic thrust toward a future based on the intrinsic values of humanity. Professor Maslow states that, "This inner nature, as much as we know of it so far, seems not to be intrinsically evil, but rather either neutral or positively 'good.' What we call evil behavior appears most often to be a secondary reaction to frustration of this intrinsic nature." He demonstrates that human beings can be loving, noble, and creative, and are capable of pursuing the highest values and aspirations.

This Third Edition will bring Professor Maslow's ideas to a whole new generation of business and psychology readers, as well as anyone interested in the study of human behavior.

ABRAHAM H. MASLOW, PhD (1908-70), was born in Brooklyn, New York, and educated at the City College of New York and the University of Wisconsin. Before assuming his post as Chairman of the Department of Psychology at Brandeis University in 1951, he taught for fourteen years at Brooklyn College. Dr. Maslow also served as President of the American Psychological Association from 1967-68.

1. Toward a Psychology of Being (An Insight Book)

2. Toward a Psychology of Being (An Insight Book)

3. Toward a Psychology of Being (An Insight Book)

4. Toward a Psychology of Being (An Insight Book)

5. Toward a Psychology of Being (An Insight Book) [Paperback] Maslow, Abraham Harold