Items related to Temperate Deciduous Forests (Ecosystems of the World) 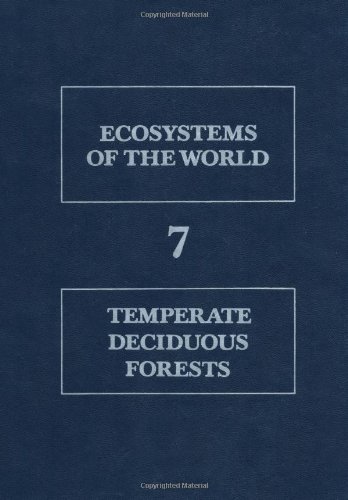 This volume treats a plant formation which is distributed in America, Asia and Europe. There is a general introduction which differentiates the temperate deciduous forests from adjacent plant formations, characterize the climatic factors under which these deciduous ecosystems have developed, and consider the flora of such systems in relation to post-Pleistocene history. A characteristic feature of temperate deciduous forests is the shedding of leaves prior to the cold season of the year so that these forests are seasonally distinctive. Because of different ecological conditions, very different stand structures are found within deciduous forests, and these change during the course of succession. These features have a significant influence on animal populations, which are presented in detail.

A major portion of the book is devoted to the description of the regional deciduous forests, beginning with the flora and fauna of North America, for which a large volume of research results and literature exists. In the following chapters flora radiating out of North America, Mexico and Central America is treated, and the flora and fauna of Europe.

In the last chapters the unusual occurrence of temperate deciduous forest in the Southern Hemisphere (South America) is discussed.