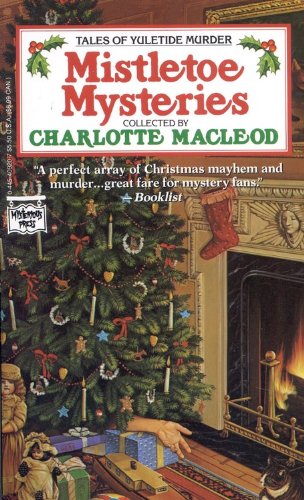 Every one of the great detectives of literature, from Sherlock Holmes to Hercule Poirot to Nero Wolfe, has endured a holiday marred by murder. Now, modern mystery writers including Mary Higgins Clark, Marcia Muller, Aaron Elkins, and others place their detectives in a Yuletide setting for a special mix of murder and mistletoe.

Charlotte MacLeod (1922 2005) was an internationally bestselling author of cozy mysteries. Born in Canada, she moved to Boston as a child, and lived in New England most of her life. After graduating from college, she made a career in advertising, writing copy for the Stop & Shop Supermarket Company before moving on to Boston firm N. H. Miller & Co., where she rose to the rank of vice president. In her spare time, MacLeod wrote short stories, and in 1964 published her first novel, a children s book called "Mystery of the White Knight. """In "Rest You Merry" (1978), MacLeod introduced Professor Peter Shandy, a horticulturist and amateur sleuth whose adventures she would chronicle for two decades. "The Family Vault "(1979) marked the first appearance of her other best-known characters: the husband and wife sleuthing team Sarah Kelling and Max Bittersohn, whom she followed until her last novel, "The Balloon Man", in 1998.