Items related to Naked Once More 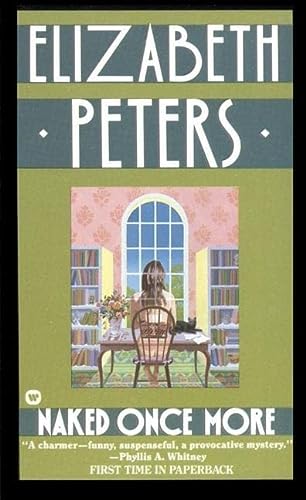 She may be a bestselling author, but ex-librarian Jacqueline Kirby's views on the publishing biz aren't fit to print. In fact, she's thinking of trading celebrity for serenity and a house far away from fiendish editors and demented fans when her agent whispers the only words that could ever make her stay: Naked in the Ice.

Seven years ago, this blockbuster skyrocketed Kathleen Darcy to instant fame. Now the author's heirs are looking for a writer to pen the sequel. It's an opportunity no novelist in her right mind would pass up, and there's no doubting Jacqueline's sanity...until she starts digging through the missing woman's papers--and her past. Until she gets mixed up with Kathleen's enigmatic lover. Until a series of nasty accidents convince her much too late that someone wants to bring Jacqueline's story--and her life--to a premature end.

Elizabeth Peters (1927-2013) was a New York Times bestselling author whose novels were often set against historical backdrops. She earned a PhD in Egyptology at the University of Chicago. She also wrote bestselling books under the pseudonym Barbara Michaels.

"A charmerfunny, suspenseful, a provocative mystery." -- Phyllis A. Whitney

"Kirby...is a great companion to spend a couple of days with...Peters knows how to knit a good yarn" -- Chicago Sun-Times

2. Naked Once More (Paperback or Softback)