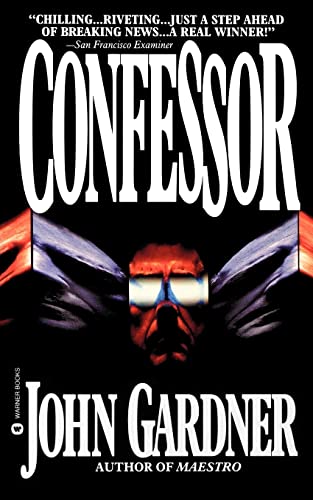 When "Big Herbie" Kruger is called out of retirement to investigate Gus Keene's death and his role as an interrogator with the British Secret Service, he discovers that his friend had not only only been a master at uncovering the truth, but at concealing it as well. Reprint.

Before coming an author of fiction in he early 1960's John Gardner was variously a stage magician, a Royal Marine officer and a journalist. In all Gardner has fifty-four novels to his credit, including a series of highly acclaimed comic novels featuring a cowardly secret agent called Boysie Oakes. He was also invited by Ian Fleming's literary copyright holders to write a series of continuation James Bond novels, which proved to be so successful that instead of the contracted three books he went on to publish some fourteen titles. Having lived in the Republic of Ireland, the United States and the UK, John Gardner sadly died in August of 2007 having just completed his third novel in the Moriarty trilogy. Moriarty was published in the UK by Quercus and in the US by Harcourt in November 2008.

In this second volume in Gardner's Last Kruger trilogy, Big Herbie Kruger?hero of an earlier trilogy?is called out of retirement to investigate the car-bomb assassination of Gus Keene, one of the most successful inquisitors ("confessors") ever to serve Her Majesty's spies. Herbie's old ties to Keene put his life in jeopardy as he uncovers sinister terrorists bombing European and American sites as a prelude to a scheme known only as "Magic Lightning." Herbie also learns that Keene had a second life as a world-class magician, and that he kept some of his spycraft very secret indeed; it's even possible that the master illusionist is still alive. Though Gardner provides the requisite treacheries and betrayals, a slow start and the often murky explanations of characters' complex relationships may deter some readers. In addition, while Kruger, with his mangled vocabulary and bulldoggedness, is affectionately drawn, supporting players rarely come to life. Still, readers who persevere will be rewarded when the plot's many dark secrets are finally revealed?appropriately enough, at a magician's conference in a besieged Washington, D.C. Author tour.
Copyright 1995 Reed Business Information, Inc.