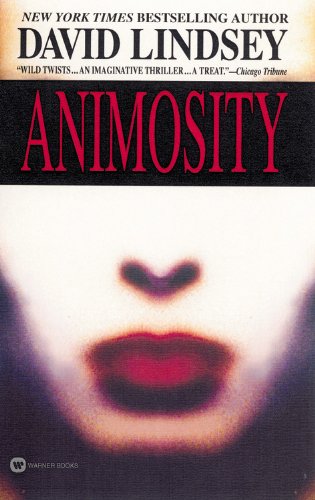 Two sisters. Celeste is perfect and unattainable. Leda is imperfect and irresistible. Both are dangerous in ways no man could imagine. One man, a sculptor, dares to come between them. And suddenly the line between art and life explodes in a revelation that will shatter hearts of stone...

After beginning his writing career in 1983 with the publication of two mystery novels in the same year, David Lindsey's tenth suspense novel, The Color of Night, was published by Warner books in April 1999. In the early years of Lindsey's writing career he published five psychological mystery novels featuring Houston homicide detective Stuart Haydon. In 1990 Lindsey began featuring protagonists other than Haydon, including a Latina homicide detective named Carmen Palma in the critically acclaimed Mercy, and Irina Ismaylova (a Russian assassin) and Cate Cuevas (an FBI undercover agent) in 1996's Requiem for a Glass Heart. As Lindsey's popularity has grown so has his international reputation. His books are now translated into 17 languages and in 1992 Body of Truth, set in Houston and Guatemala, won Germany's Bochumer Krimi Archiv award for the best suspense novel of the year. Lindsey's novels have also attracted the attention of Hollywood. Mercy completed filming in late 1998 and will be released as a feature film in 1999, and the several of the Stuart Haydon novels are currently in option negotiation. Lindsey grew up in the ranch country and oil fields of west Texas, studied English literature in university, and was an editor for many years with small publishers in Texas. He lives in Austin with his wife.

Book Description Time Warner Trade Publishing, United States, 2003. Paperback. Condition: New. Reprint. Language: English. Brand new Book. Ross Marteau is the toast of the international art world for his sensual sculptures of rich and famous women, but when a long-term relationship ends badly, he retreats to his Texas hometown -- only to have his newfound peace of mind permanently, and profoundly, shattered. One afternoon over lunch, Ross is approached by a woman to whom he feels an irresistible attraction. She introduces herself as Celeste Lacan and asks him to take on a new commission: a sculpture of her younger sister, Leda. She promises that the job will present artistic challenges unlike any he has encountered before. Though reluctant, Ross can't help but be intrigued -- by Celeste herself and by a photo of Leda's face, a portrait of incomparable beauty. When he meets her, Ross is stunned to discover that Leda's body is as startlingly unique as her face is beautiful. Just as Celeste predicted, he becomes consumed with portraying the duality of her body . . . and, perhaps, her soul. Seller Inventory # APC9780446610933