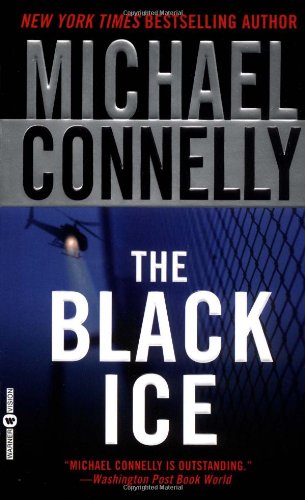 Narcotics officer Cal Moore's orders were to look into the city's latest drug killing. Instead, he ends up in a motel room with a fatal bullet wound to the head and a suicide note stuffed in his back pocket. Working the case, LAPD detective Harry Bosch is reminded of the primal police rule he learned long ago: Don't look for the facts, but the glue that holds them together. Soon Harry's making some very dangerous connections, starting with a dead cop and leading to a bloody string of murders that wind from Hollywood Boulevard to the back alleys south of the border. Now this battle-scarred veteran will find himself in the center of a complex and deadly game-one in which he may be the next and likeliest victim.

It should have been his case. But the LAPD brass are all over the crime scene so fast that Detective Harry Bosch scarcely gets a look at the body before the case is taken out of his hands. The corpse in the motel room is identified as that of a narcotics officer who'd been missing for several days. Rumor has it that Internal Affairs had been after him, that he'd crossed over, fronting a new drug called black ice that has infiltrated from Mexico. As the media mount a frenzy of speculation, the police department hastily declares the death a suicide. Bosch isn't so sure. The note - "I found out who I was" - is cryptic at best. The motel room has clearly been wiped clean of all fingerprints except the victim's. And the cop's widow, a strong and lovely woman who blames herself for not knowing her husband better, brings out the idealist in Harry. He starts his own investigation, working without authorization or backup, and it takes him deep into the L.A. night and then across the Mexican border to Mexicali. The dead narc's childhood in the Mexicali barrio is one of many keys Bosch must turn as he plunges into mysteries of identity and enters a game far more complex and lethal than just drug smuggling.