Items related to Above Suspicion 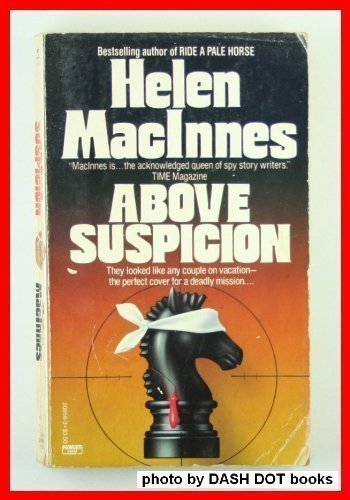 Shortly before World War II, Frances Myles and her husband, an Oxford don, are asked to help track down a missing British secret agent

Helen MacInnes (1907-1985) was the Scottish-born American author of 21 spy novels. Dubbed "the queen of spy writers", her books have sold more than 25 million copies in the United States alone and have been translated into over 22 languages. Several of her books have been adapted into films, such as Above Suspicion (1943), with Joan Crawford, and The Salzburg Connection (1972).

“Characters are easy to love.” – The Celebrity Café

“Helen MacInnes has been called the Queen of Spy Writers, and after reading Titan Press’ re-release of Above Suspicion and Pray For a Brave Heart, I can see why.” – Nerd in Babeland

“I found myself gripped by Above Suspicion and the depth of MacInness’s story, charmed by her natural ability to ease through genres; scenes were at times humorous, frustrating, exciting, and romantic as the adventure progressed. Her confidence as a writer and her bold determination bring a certain invigoration to the novel, making it a well-rounded spy story steeped in the detailed history of pre-war Europe.” – Literary Inkling

“It's a story that dives in within 10 pages, and generally doesn't stop until the very end. It's truly like a great Bond movie.” – Fruitless Pursuits