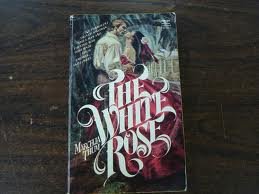 The beautiful white actress and the proud black slave--worlds apart in every way but one: they were both the same woman.... When Lucinda Appleton was asked to put aside her career on the Washington stage and become a spy for the Union Army, she readily agreed. Her assignment? To work undercover in the elegant home of Mrs. Arabella Von Bruck - the Lavender Countess, a sadistic and wanton woman who would resort to murder to help the Confederate cause. Lucinda would become Sukey - the countess's black maid, and try to discover the true identity of the Confederate agent who seemed to know every movement of the Union Army. It was a shock to discover her old friend Cole Sinclair on such intimate terms with the countess. Lucinda had worshiped Cole when she was a young girl on the Appleton plantation. But love could not stand in the way now; she knew his true identity and knew that she would have to kill him.