Items related to Have His Carcase (A Lord Peter Wimsey Mystery)

Have His Carcase (A Lord Peter Wimsey Mystery) 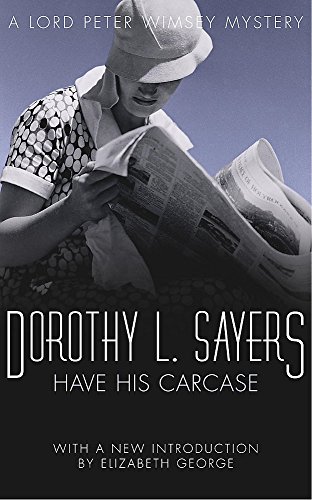 A young woman falls asleep on a deserted beach and wakes to discover the body of a man whose throat has been slashed from ear to ear . . .
The young woman is the celebrated detective novelist Harriet Vane, once again drawn against her will into a murder investigation in which she herself could be a suspect.
Lord Peter Wimsey is only too eager to help her clear her name.

Dorothy L Sayers was born in Oxford in 1893, and was both a classical scholar and a graduate in modern languages. As well as her popular Lord Peter Wimsey series, she wrote several religious plays, but considered her translations of Dante's Divina Commedia to be her best work. She died in 1957.

1. HAVE HIS CARCASE (A LORD PETER W