Items related to Valley of the Shadow

Valley of the Shadow 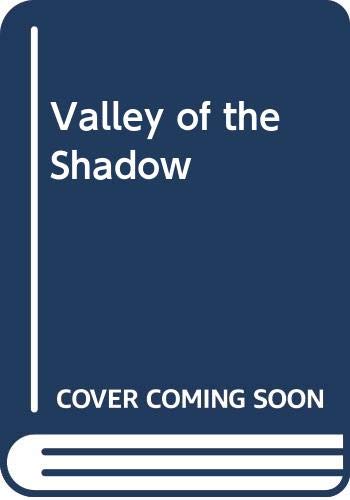 Lt William Stuart, a platoon leader from the 7th ANGELICO, survived his unit's last battle, but believes his closest companion Douglas MacArthur Moster to be lost in action, until he learns that he is being held a POW in Laos. The author also wrote "Fire Arrow", "Fire Dream" and "Sea Lion".

Leib's ( Fire Dream ) second novel featuring Navy lieutenant William Stuart again demonstrates his ability to write superior Vietnam war fiction. Gunner's mate Douglas MacArthur Moser, believed dead, is actually a POW, held with a number of other Americans in vile conditions in a jungle camp in Laos. Through the Red Cross, Moser sends a letter to his mother in Georgia, and in it mentions the name of his hero, Lt. Stuart. Apprised of Moser's situation, Stuart commits himself to rescue his former gunner's mate; deciphering the clues in Moser's message, he ascertains the POW's general whereabouts and lobbies for permission to launch a rescue mission. In building dramatic momentum, Leib effectively juxtaposes stateside political and military machinations with the brutalities of war and captivity. It will not diminish the reader's involvement to reveal that Stuart ultimately locates Moser--for that is only half the story. Paralleling the conflict itself, this is a novel of many heroes--and many more victims. Leib, who himself served as a Navy lieutenant in Vietnam, shows how the stark and tragic realities of war can be most powerfully conveyed in fiction.
Copyright 1991 Reed Business Information, Inc.

This is the sequel to Fire Dream (Presidio Pr., 1990). Douglas Moser is a prisoner in a North Vietnamese labor camp. He manages to get word of his location to his former commander, Lieutenant Stuart, now in Washington, who overcomes bureaucratic and political resistance and mounts a rescue attempt. The shackled Moser and the grievously crippled camp commandant mystically identify with one another, each seeing themselves in the other and expecting his own death to be related to the other. Sketchy subplots involve a beautiful French-Vietnamese spy and some heavy-handed material about antiwar protesters aiding the enemy. Only for the most determined reader of war stories.
- Edwin B. Burgess, U.S. Army TRALINET Ctr., Fort Monroe, Va.
Copyright 1991 Reed Business Information, Inc.

1. Valley of the Shadow

Book Description New English Library Ltd, 1992. Paperback. Condition: Used; Good. **SHIPPED FROM UK** We believe you will be completely satisfied with our quick and reliable service. All orders are dispatched as swiftly as possible! Buy with confidence!. Seller Inventory # 2116460

2. Valley of the Shadow

Book Description New English Library Ltd, 1992. Paperback. Condition: Used; Good. **Simply Brit** Shipped with Premium postal service within 24 hours from the UK with impressive delivery time. We have dispatched from our book depository; items of good condition to over ten million satisfied customers worldwide. We are committed to providing you with reliable and efficient service at all times. Seller Inventory # 3023866

3. Valley of the Shadow

4. Valley of the Shadow

Book Description New English Library Ltd 1992-05-07, 1992. Paperback. Condition: Good. Item is in good condition. Some moderate creases and wear. This item may not come with CDs or additional parts including access codes for textbooks. Might be an ex-library copy and contain writing/highlighting. Seller Inventory # DS-0450566412-3

5. Valley of the Shadow