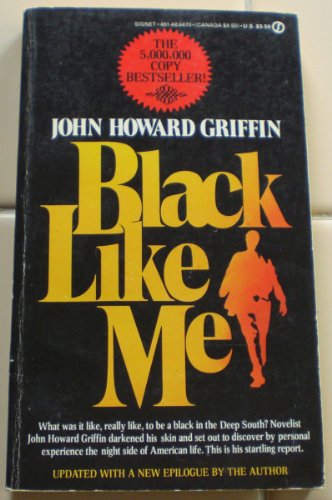 John Howard Griffin (1920-1980), was a writer, journalist, humanitarian, and social critic. He was educated in France. His first work, The Devil Rides Outside, is an autobiographical account of his time there and the personal struggles during this period of his life. With the advent of World War II, Griffin did military service, where he was hit on the head and suffered a concussion, which later caused him to be struck blind. He miraculously recovered his sight five years later and wrote about the experience in Scattered Shadows. The most famous and controversial book he wrote was Black Like Me, where he examined the attitudes of whites toward African Americans in the states of Louisiana, Mississippi, Alabama, and Georgia. In order to obtain firsthand experience, he dyed his skin black and lived among African Americans. Griffin received many awards in his lifetime, including the Pope John XIII Pacem in Terris Peace and Freedom Award and the National Council of Negro Women Award.

From AudioFile:
In the late 1950s John Howard Griffin, a white man, artificially darkened his skin and took up the impossible task of masquerading as a black man in the Deep South. The book he wrote about his firsthand experience of racism galvanized America and ultimately led to death threats against him and his family. Delivering this compelling and incisive piece of investigative reporting, Ray Childs voices the thoughts of the blacks and whites Griffin encounters and becomes close to, or reviled by. Only the coldest of hearts could be unaffected by this story, told with dignity and warmth, conviction and steadfast honesty. Audiobooks like this can help heal wounds and open minds about racism, an issue our nation still struggles with. D.J.B. © AudioFile 2004, Portland, Maine-- Copyright © AudioFile, Portland, Maine