Give the Boys a Great Big Hand (87th Precinct Mystery) 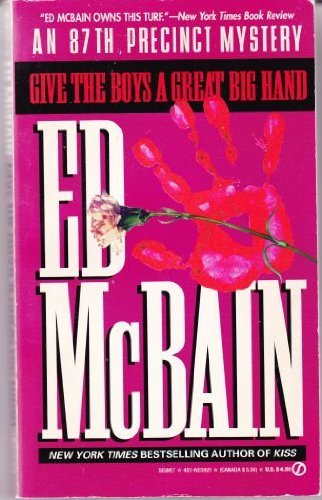 Ed McBain was one of the pen names of successful and prolific crime fiction author Evan Hunter (1926 – 2005). Debuting in 1956, the popular 87th Precinct is one of the longest running crime series ever published, featuring over fifty novels, and is hailed as “one of the great literary accomplishments of the last half-century.” McBain was awarded the Grand Master Award for lifetime achievement in 1986 by the Mystery Writers of America and was the first American to receive the Cartier Diamond Dagger award from the Crime Writers Association of Great Britain.

1. Give the Boys a Great Big Hand (87th Precinct Mystery)