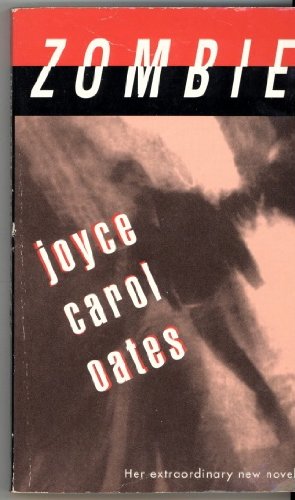 Devastating in its impact, Oates's fictional journey into the mind of paroled sex offender Quentin P. provides a psychologically astute portrait of the cold calculation and dark obsession that combine in a serial killer to make him both horrifyingly successful and maddeningly elusive. Oates wants the listener to enter, become part of, and comprehend what seems incomprehensible. 2 cassettes.

A hero who gets into the mind of a serial killer is a fixture of television crime shows, but such stories are usually disappointing, because the viewer knows it's just a gimmick. Not so with this unusual little novel, which The New York Times called a "note-perfect, horror-comic ventriloquization of a half-bright, infantile serial killer." Joyce Carol Oates has so convincingly written through the voice of a killer, you will feel nervous while reading at how familiar, how human, he is. Part of how she achieves the effect is through sparing use of bizarre capitalization (e.g., "MOON" and "FRAGMENT") and crude drawings done with a felt-tip pen. But the language is what makes it come alive, as in such weird statements as "My whole body is a numb tongue." This book was winner of the 1996 Bram Stoker Award for Best Novel.

He is a problem for his professor father and his loving mother, though of course they do not believe the charge (sexual molestation of a minor) that got him in that bit of trouble.

He is a challenge for his court-appointed psychiatrist, who nonetheless is encouraged by the increasingly affirmative quality of his dreams and his openness in discussing them.

He is a thoroughly sweet young man for his wealthy grandmother, who gives him more and more, and can deny him less and less.

He is the most believable and thoroughly terrifying sexual psychopath and killer ever to be brought to life in fiction, as Joyce Carol Oates achieves her boldest and most brilliant triumph yet—a dazzling work of art that extends the borders of the novel into the darkest heart of truth.