Items related to The Burying Field 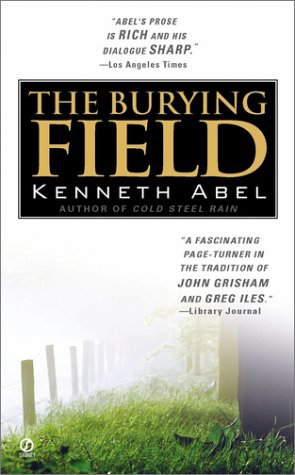 Big Easy lawyer Danny Chaisson is back to settle an emotionally charged dispute between the old South and the new-and finds himself caught in the middle.

Kenneth Abel is currently working on a second Danny Chaisson mystery. He lives in Ohio.

In the second of his series featuring attorney Danny Chaisson (after 2000's Cold Steel Rain), Abel vividly evokes a Louisiana setting contemporary New Orleans in transition and its less progressive outlying areas. "This ain't the Old South," says developer Michael Tournier when he hires Danny as a "political consultant." But Danny learns that the New South is still beholden to its past, especially in St. Tammany Parish, where justice is slow for an old black man who was attacked by high school kids and lies in a coma waiting to die. He was trying to discourage the boys from desecrating a slave graveyard, a forgotten plot of land that is now the center of contention. Protests over the destruction of the graveyard, which doesn't appear on the parish maps, has effectively halted the building of a high-end residential/retail project that would have brought jobs and tax income to the area. Danny befriends the victim's wife and her grandson, pulls strings to get the State Historical Commission to evaluate the site and help protect it, and conducts his own investigation into the attack. When the archaeologist at the "burying field" uncovers the remains of a young woman missing since the 1970s, Danny has yet another death to look into, while the local authorities have a reason to dig up the entire plot, since it's now a crime scene. Abel's memorable, true-to-life characters play out a taut, multileveled story. His ability to paint his milieu with such depth and texture bodes well for future volumes in this series.
Copyright 2002 Cahners Business Information, Inc.